Thirty miles from London, in Woking, it is possible to visit the Shah Jahan Mosque and the adjacent buildings built in 1884 by Gottlieb Wilhelm Leitner (1840-1899), an Orientalist and linguist of Jewish origin. These buildings once housed the Oriental Institue, a precursor of SOAS, and a small museum where Leitner's collections of Far Eastern art and ethnographical specimens were displayed. The collections were unfortunately dispersed after his death while the Mosque has been recently listed by Historic England as a Grade I building. It is the focus of Britain’s first Muslim heritage trail.

Leitner’s intention was to build an inter-religious campus that would have included, beside the Oriental Institute and the Mosque, a Synagogue and a Protestant Church. This inter-religious dimension is missing from the site today, because only the Mosque was completed before Leitner’s premature death. 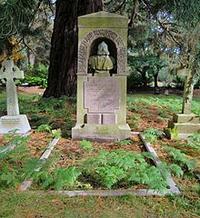 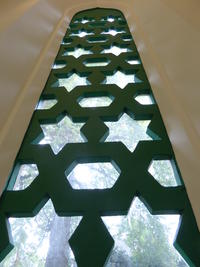 Despite being an unusual ‘Country House’, Leitner’s compound and buildings have been on the radar of the Jewish Country Houses Project for a long time, not least because of intriguing parallels with the synagogue and Lady Judith Montefiore Theological College at Ramsgate.

The newly launched “International Dr. G.W. Leitner Trail”, funded by the Oxford KE Seed Fund and created in partnership with J-Trails, sheds new light on Leitner’s Jewish identity and religious upbringing. These aspects of his complex biography are essential to better contextualise and understand Leitner’s ground-breaking educational mission. Leitner’s collection will be an on-going focus for research by the Jewish Country Houses project.