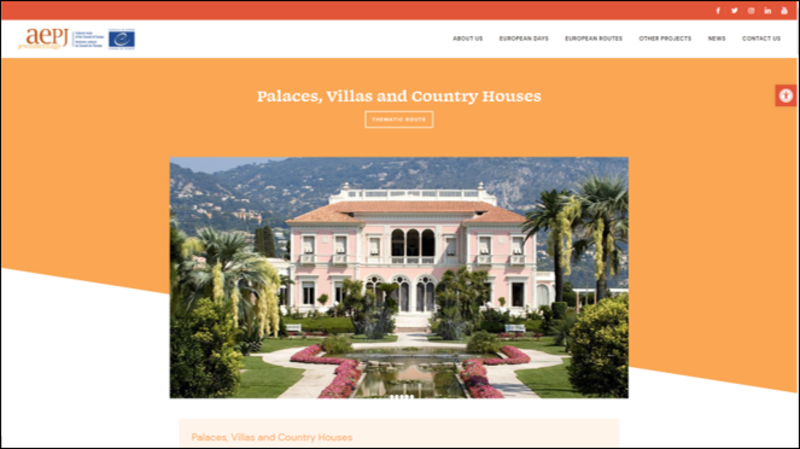 The Jewish Country Houses project is proud to be working in a partnership with the The European Association for the Preservation and Promotion of Jewish Culture and Heritage (AEPJ) to develop a new European Route of Jewish Heritage.

'Palaces, Villas and Country Houses' is one of a number of thematic Routes hosted by the AEPJ, which was awarded the certification 'Cultural Route of the Council of Europe' in 2004. The Route guides visitors to fascinating houses with Jewish stories which illuminate the transformative impact of Jewish emancipation on modern European politics, society and culture. The Route currently features properties in the UK, France, Belgium, the Czech Republic, Italy and Germany, with more to be included in the next phase of development.

Background sections such as 'Jewish Families, Jewish Lives', and 'What is Jewish about these Houses?' are also featured for further background and context.

Visit the Route at https://jewisheritage.org/palaces-villas-and-country-houses .